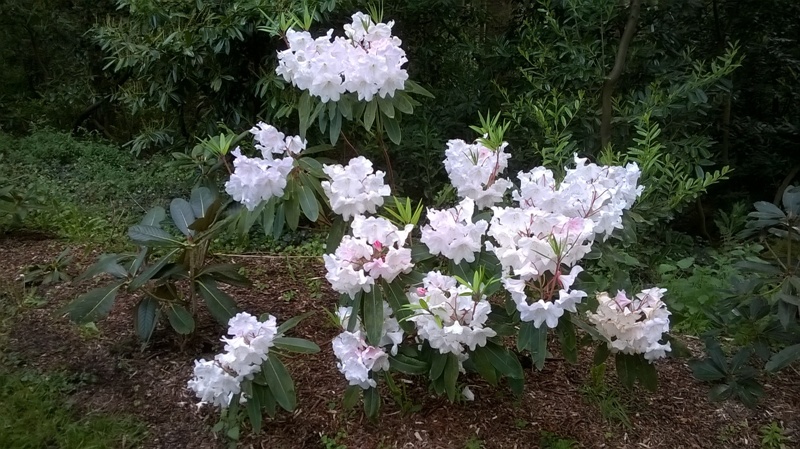 The Ramblers 2019 Walking Festival was held over the weekend of 10-12 May. It opened on Friday 10 May with an evening walk in the magnificent gardens and grounds of Tullynally Castle: the Woodland Garden and the Flower Garden were visited first, followed by the family of llamas in their paddock. 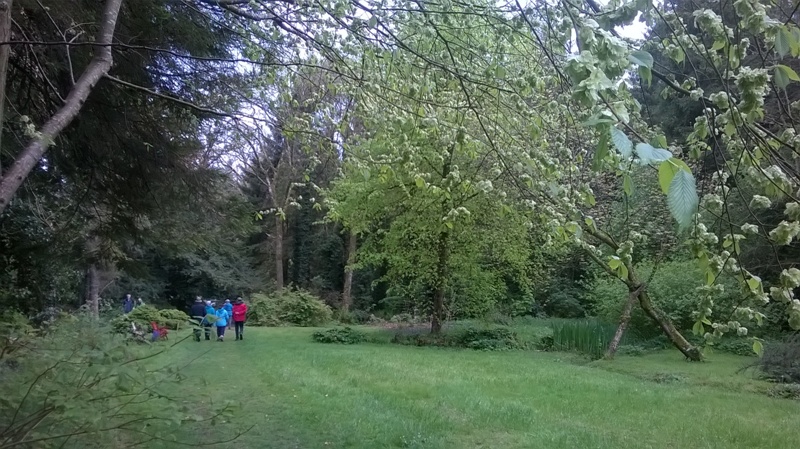 The walk continued past the Upper Lake to the Chinese Clearing where a stream linking the Upper and Lower Lakes runs by a pagoda. Further on, the Forest Walk led to an observation point beside the Lower Lake with a view back to the castle. The group continued through the forest out onto the back road and returned on a loop to the Gingerbread House. 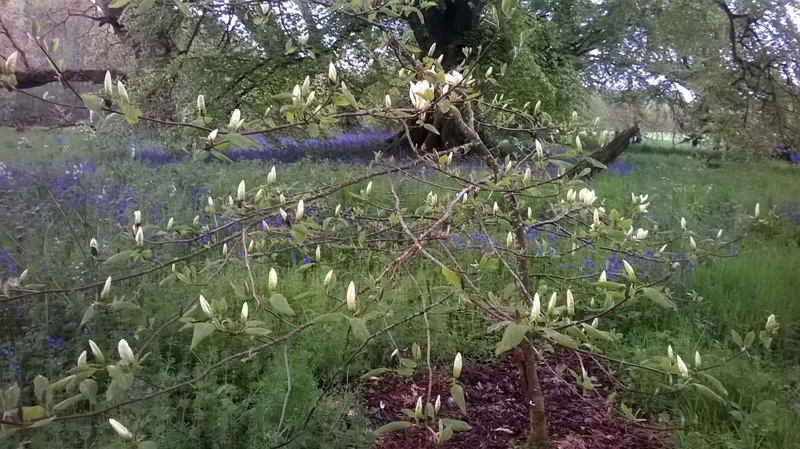 Here the estate owner Thomas Pakenham met the group and recounted the history of some of the magnificent trees, magnolias and other shrubs which he has gathered from all over the world. The tea and delicious scones in the Tea Rooms were a fitting ending to the evening. 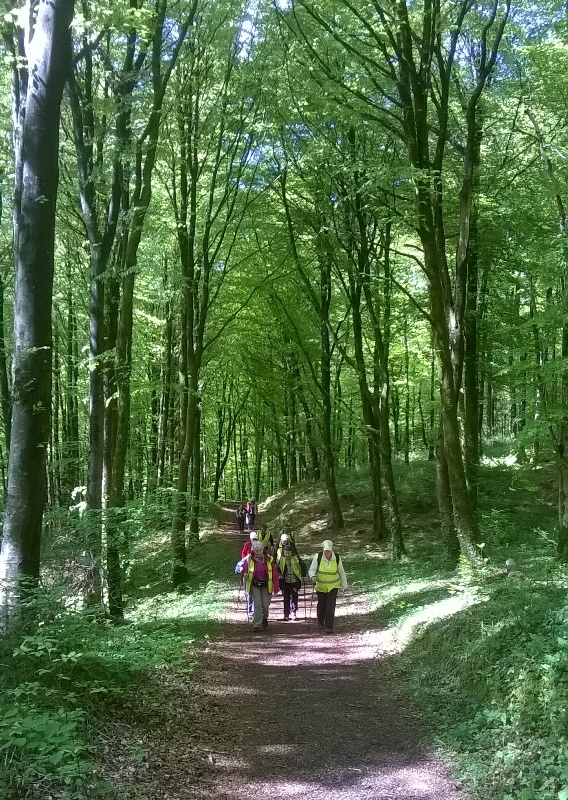 On Saturday the group met at the Hotel Castlepollard for tea and scones before their walk in Mullaghmeen Forest. Joe Masterson led the way in the forest, moving among the marked trails in the forest, and including the highest point with its wonderful views including over Lough Sheelin into Cavan. Sunshine filtered through the fresh young leaves on the beech trees, lighting the spectacular display of bluebells in the forest and on a short stretch of road outside the forest the ditches were full of wild flowers with even a few orchids. The hawthorn hedges were in full blossom, filling the air with their scent and there was birdsong in the air all day. 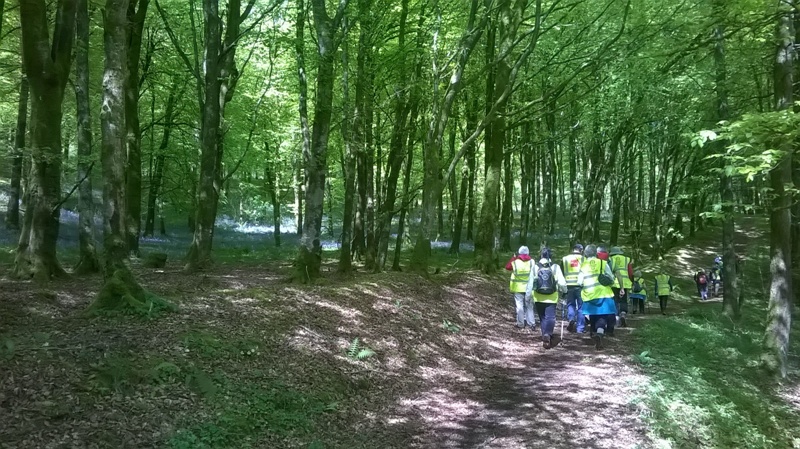 Sunshine and Bluebells in Mullaghmeen Forest

The weather continued mild and bright on Sunday for the longest walk of the weekend, from the Float Bridge near Coole to Fore Abbey, a distance of 24 km. After tea and bites in Jane’s Coffee Shop in Fore everyone boarded the bus to the start of the walk. The going was soft underfoot for the first part of the walk across Coolnagun bog and along a green road through Derrya to Coolure Demesne. 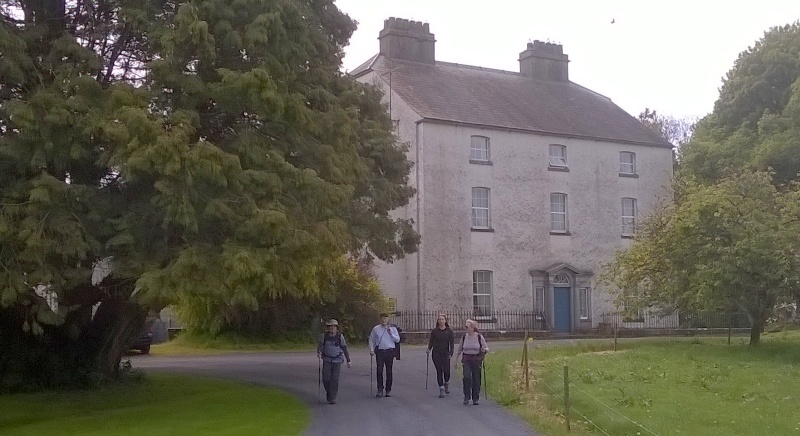 The quiet roads beyond Coolure House led on to the back entrance to Tullynally Castle. The farm road climbed past some beautiful old stone farm buildings and cottages, then the walled garden and on to the castle. There was a stop for lunch in the car park outside the castle courtyard. 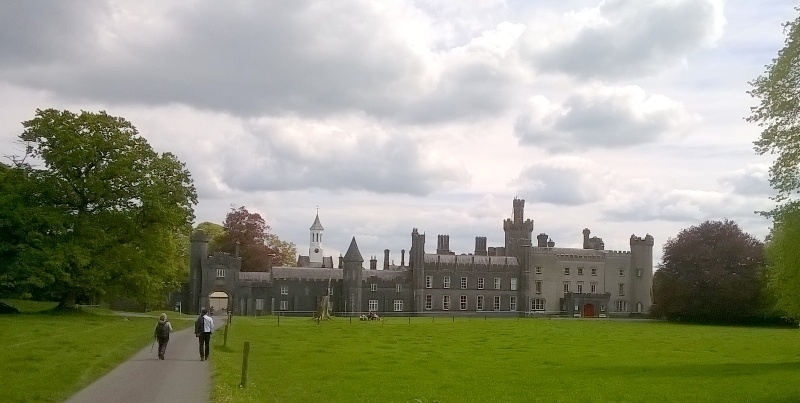 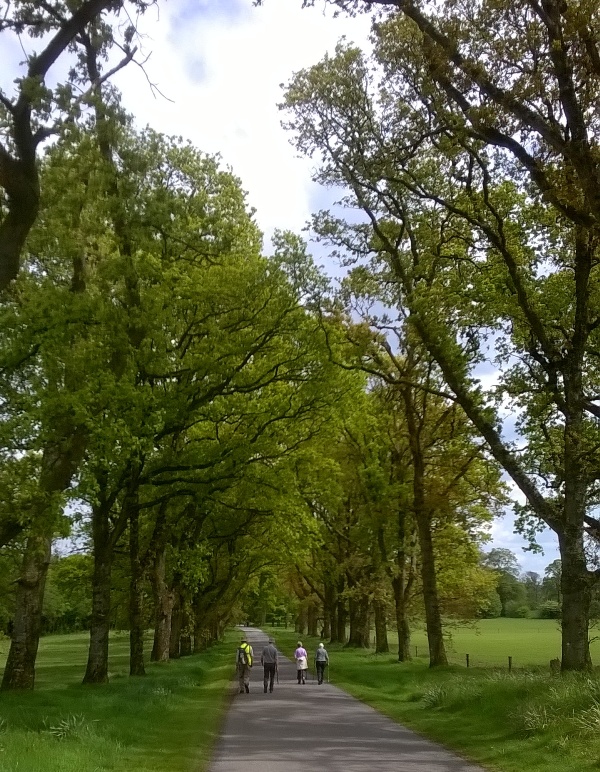 After lunch the walk continued through corn fields past Castlepollard and skirted Kinturk Hill before climbing to the ruins of the Viking fort on the summit of Randoon Hill with its magnificent views over Lough Lene and much of County Westmeath.

There was one final hill to be climbed in Moortown with more magnificent views from the ancient mounds on its summit. 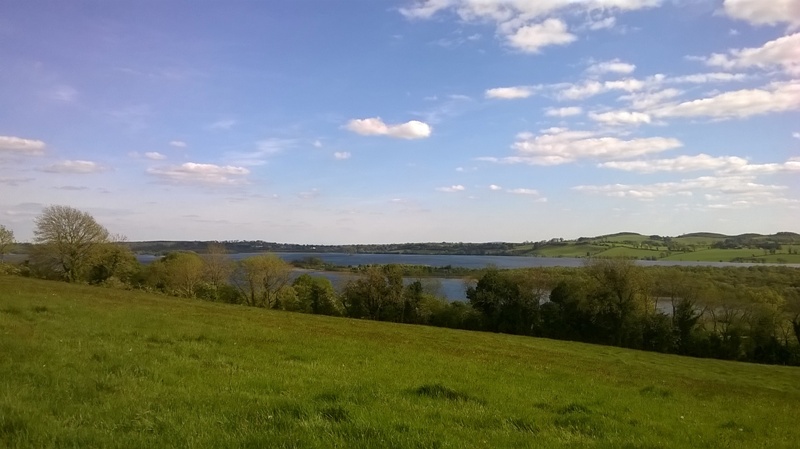 It was all downhill from there to the road and right into Fore for a very well-deserved cup of tea back in Jane’s Coffee Shop. Some of the walkers met later in the Hotel Castlepollard for a meal to round off the weekend.

The Ramblers have many people to thank for the weekend’s success: walk leaders Alice Nerney and Joe Masterson on Friday, Joe again on Saturday and Frank Higgins with John Higgins and members of John’s family on Sunday. Thank you to Thomas Pakenham, Octavia and the staff of the castle Tea Shop at Tullynally on Friday. Thanks also to the Hotel Castlepollard for the tea and scones before Saturday’s walk and to Jane O’Reilly who provided refreshments for all on Sunday. The Ramblers President Brian Nerney was always on hand with fruit and water or a lift back to base when required. Thank you to Salmon’s Coaches of Castlepollard who provided transport on Sunday. The Festival would not be possible without the cooperation of the many farmers whose land was crossed so special thanks to them. 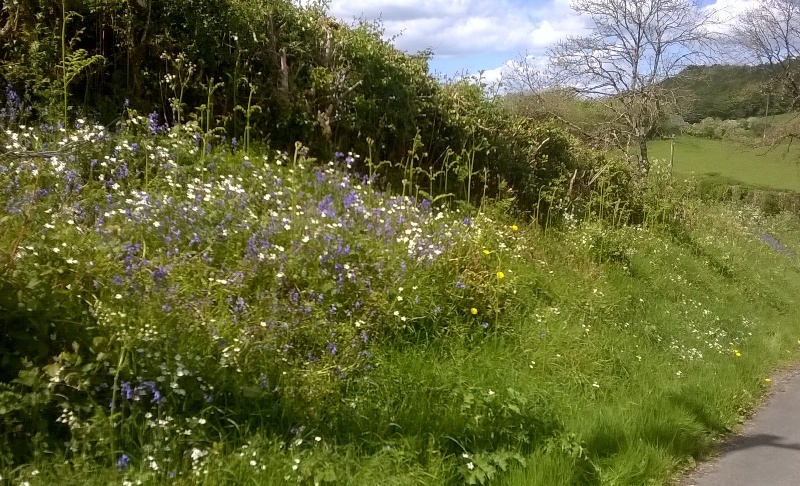